Dakexpo is the leading franchise consultant company in Hungary, with more than 15 years of experience. Our goal is to help your franchise expand in Hungary. We’ll not only help you find partners, we also provide information about the market and help in adopting your concept so it will be prosperous in Hungary.

Why do you need a consultant?

Each country is different, each has its own unique habits and routines. Hungary is in the middle ground between Eastern and Western Europe, with lower prices than in Western Europe but higher salaries than in her eastern neighbors. Hungary’s population is around 10 million, with it’s capital Budapest Holding over 2 million of her habitants and over 40% of the country’s economy. Whether you’re heading West to East or the other way around, your franchise needs to adapt and change if you wish to be successful in Hungary. We can help you get familiar with the differences you might face when coming to Hungary.

If you are looking for franchise partners in Hungary don’t look farther, in our 15 years of experience we have helped many systems to find its franchisees and start their first unit in Budapest. We’re not only looking for partners, we also help you with marketing and introducing your brand to the Hungarian market. If you are interested or have any questions don’t hold it in, feel free to contact us by email or telephone. We await your call from Monday to Friday, from 9 to 6. If you’re in Budapest we would be happy to have you in our office for a small talk. 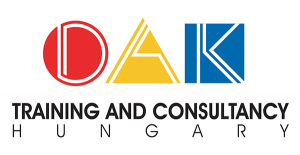